Memorial Day Calls for Displays of the American Flag 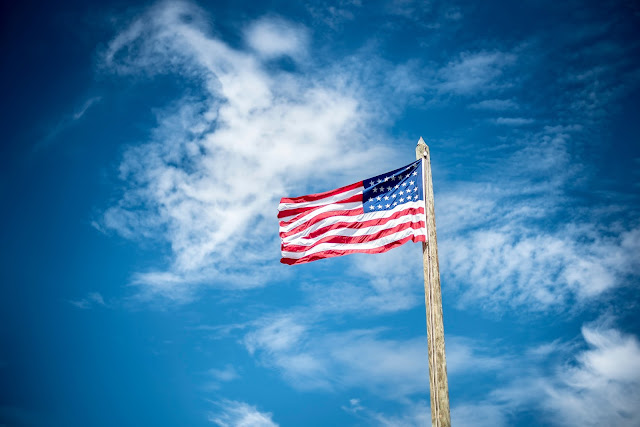 
Memorial Day is a time when many of us display our U.S. flags. We do this to show pride and dedication to our great nation. I love to see our flag on display but not if it is raggedy. Many people are not familiar with proper ways of displaying and disposing worn out United States Flags.  I hope this blog clarifies displaying and disposing of Old Glory.


How and When to Retire Your American Flag


According to the National Flag Foundation, a flag may be mended when torn and cleaned when dirty. If mended it should not be hemmed (shortened) to the point where its measurements are no longer in proportion. Even though you’ve cared for your American flag, there will come a time to retire Old Glory.

The United States Flag Code states: "The flag, when it is in such condition that it is no longer a fitting emblem of display, should be destroyed in a dignified way, preferably by burning.”

Organizations that Accept Flags for Retirement:

If an organization provides a flag retirement service, the flag can be dropped off and they will take care of the ceremony.  Be aware of the fact that before accepting a flag for retirement, the organization should obtain information about its history. For example: Where has it flown? How long? Any memorable events happen at that site? This information is used in the ceremony so please include it with the flag. I would suggest folding the flag neatly and including the information along with the flag in large ziplock bag.

The following is one sample of a proper flag disposal ceremony:

-Gather and pay respect to the American Flag. This can be done in a variety of ways. Many times a ceremony begins with reciting the Pledge of Allegiance to the flag.

-Normally a statement will be made by the ceremony leader addressing that the flag has served its nation well and is now worn to a condition that it is no longer fit to serve as a symbol of its nation.

-If the flag has been folded, the flag is then placed ceremoniously into the fire.

When thinking of Memorial Day and the U.S. flag, I was inspired to create a couple of items for my Delaware by Hand Memorial Day weekend Arts and Crafts fair.  One item that I make is this abstract American flag card.  I made a large numbers of these cards because I will also donate some to patriotic organizations in Delaware next year for their fundraising events.

I also created several patriotic bracelets.  I kept one of these for myself to wear especially for Memorial Day and the Fourth of July.

I also followed my own advice and mended the hem of my U.S. flag before handing it outside.