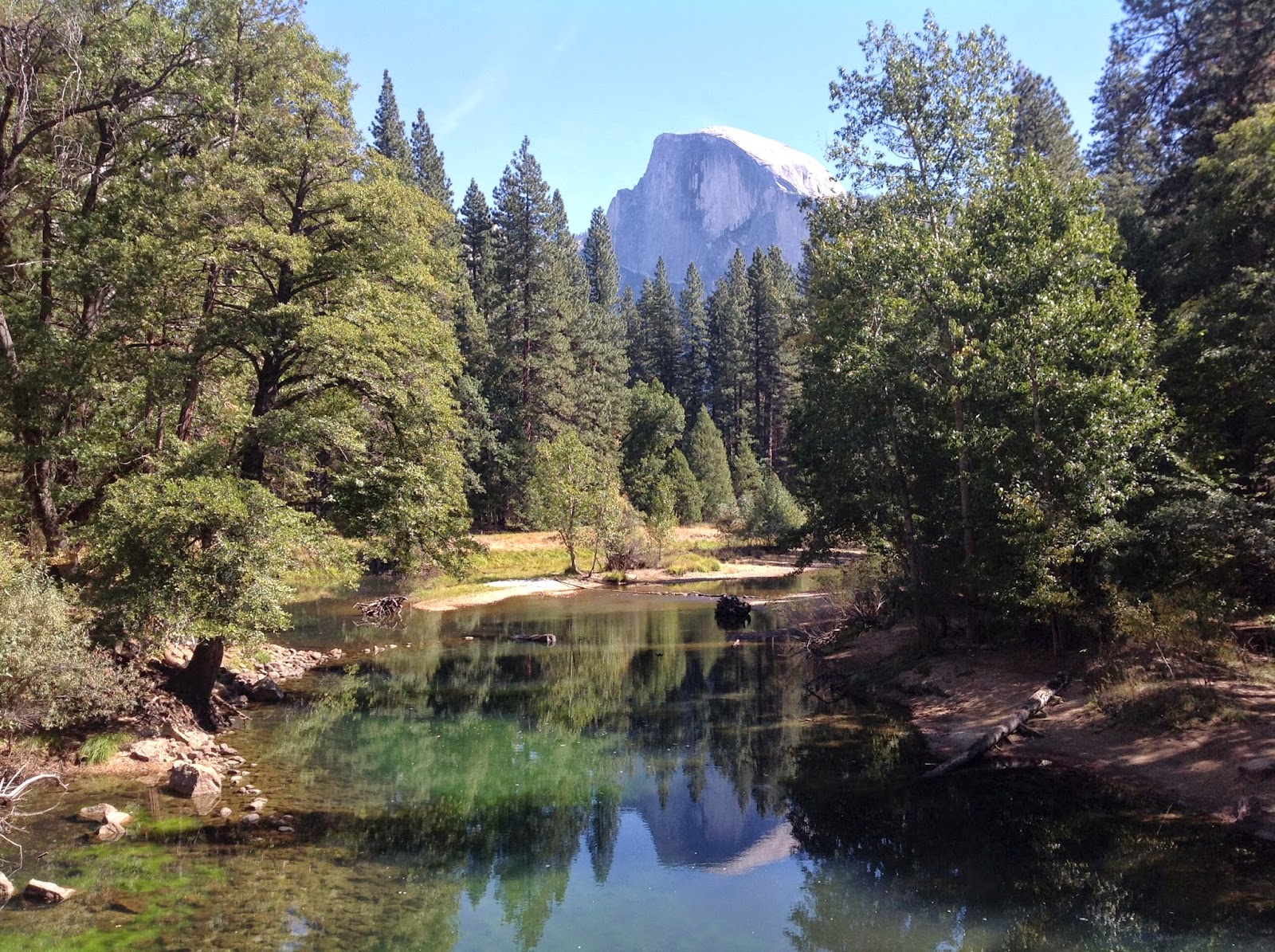 Yosemite is our last  but longest stop in California.  The park is located in the central eastern portion of California. It covers an area of 747,956 acres (3,026.87 km) and reaches across the western slopes of the Sierra Nevada mountain chain. 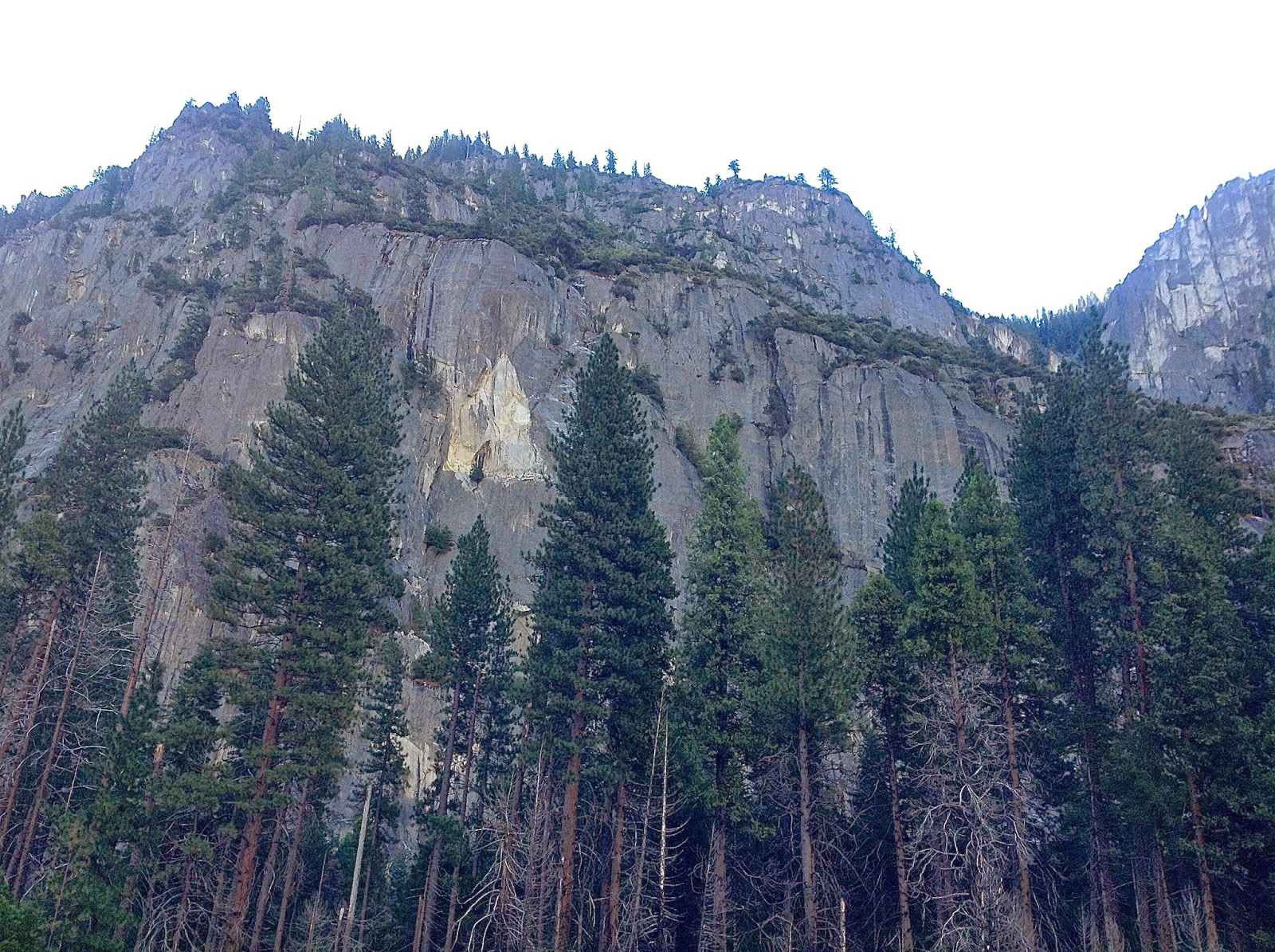 We planned on camping 5 days and 6 nights here.  I am so glad we did because it gave us time to see more sections of the park and to enjoy some hikes.  It also allowed us time to just enjoy the smells here.  It smells like Christmas trees everywhere!  The pine trees and campfire smells are a wonderful combination.  On the down side for me and my Bay Moon Design Etsy store is I have very little cell phone service and the Internet access is located outside the camp store.  I don’t have a problem hanging out there is the sunshine and Christmas tree air.  A small price to pay for nature!


I first learned the history of Yosemite through watching the Ken Burns film about the national parks.  I know it was central to the development of the national park idea. Galen Clark and others lobbied to protect Yosemite Valley from development, ultimately leading to President Abraham Lincoln's signing the Yosemite Grant in 1864. Later, John Muir led a successful movement to establish a larger national park encompassing not just the valley, but surrounding mountains and forests as well.  This paved the way for the U. S. national park system.

Yosemite is one of the largest habitats in the Sierra Nevada, and the park supports a diversity of plants and animals. The park has an elevation range from 2,127 to 13,114 feet (648 to 3,997 m) and contains five major vegetation zones.


Most people spend the majority of their time in the seven square miles (18 km) of Yosemite Valley.  Yosemite Valley represents only one percent of the park area. This section of the park is where El Capitan,, a prominent granite cliff looms over Yosemite Valley. It is one of the most popular rock climbing destinations in the world because of its diverse range of climbing routes in addition to its year-round accessibility.  When we were in another section of the park where there was a telescope we were able to see some climbers on top of El Capitan.  I was very amazed. Granite domes such as Sentinel Dome and Half Dome rise 3,000 and 4,800 feet (910 and 1,460 m), respectively, above the valley floor.

The meadow in the valley is a great spot to look for wildlife.  We saw several mule deer there.  Fortunately, they were really tame because one with long horns came up very close to me.


I hope you will visit my next blog because I will be sharing some more parts of the park some of which are remote spots.

Posted by baymoondesign at Sunday, October 05, 2014